Pinstriping at the Wharf Rat Rally

Another Rally season is over for me and although I did not get to all the maritime rallies,  I had fun at the ones I attended. I really enjoyed showing my old/new work and chatting with all those that came over to see us.

Our setup at the Wharf Rat Rally

Graphic work on a Honda at the Cape Breton Bike Rally

Overall the rallies had nice weather but each had their moments. 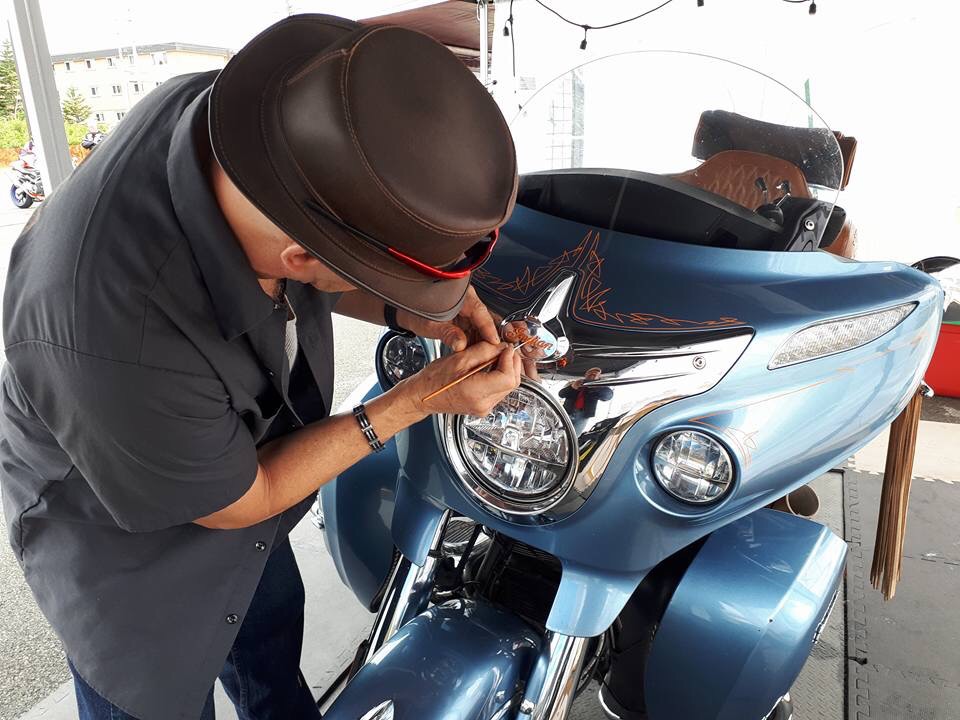 Pinstriping an Indian at the Cape Breton Bike Rally

Weather was nice at the Cape Breton Rally but the wind and rain forecast on the last day, pretty much closed it quicker than normal.

Getting busy at the Wharf Rat Rally

Weather in Shediac was nice but rain on the last day of the Shediac Bike Rally put an end to the bike games and final parade.

Children’s Wish project we painted during the Shediac Bike Rally. Panel was signed by Don Cherry

Digbys unusual cold evenings this year put a damper on the Wharf Rat evening festivities. The die hards were out enjoying the bands and walking around but it didn’t take long for the streets to clear out. We can’t complain about the days though, They were nice.

Builders Square at the Wharf Rat Rally. We had a great location this year 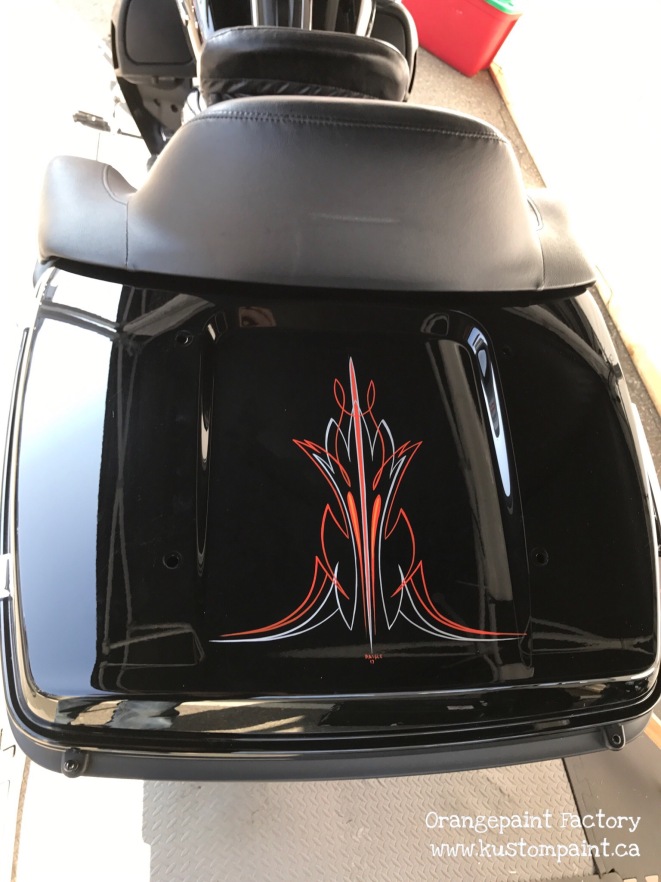 Bike we pinstriped at the Wharf Rat Rally

All rallies had plenty of scenic rides and a good variety of vendors. All the committees did a good job with their respective rallies and they were very fun.

All the rallies had great live music from country to rock and enough nice bikes there to make any biker drool. 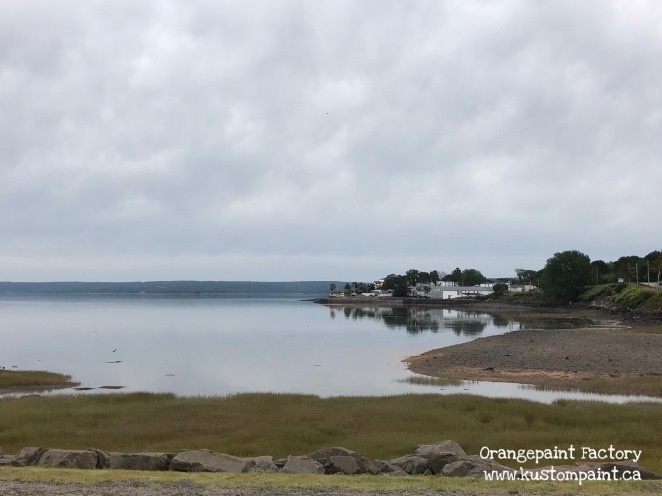 On our way in to Digby

All the rallies are in very scenic areas of the Maritime’s and the riding is spectacular. If you haven’t been to any of them it is worth the trip to see some of the east coasts most beautiful sites.

We would have liked to be busier at a few rallies but it gave us a great chance to talk to people about our work and Kustom work. 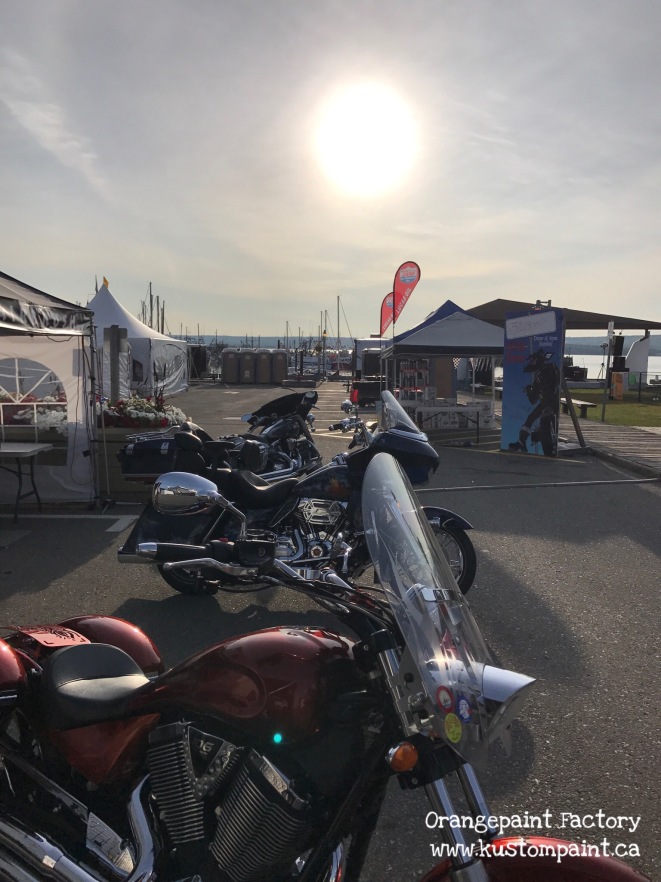 Getting ready for another busy day at the Wharf Rat Rally

I always enjoy talking to people about Kustom paint and bikes.

Tribute bike we pinstriped during the Wharf Rat Rally

It’s hard to believe that this Rally season is over, we had the chance to talk to a lot of people. I have started booking my winter projects and look forward to next years Rally season. Give us a shout if you have any questions. 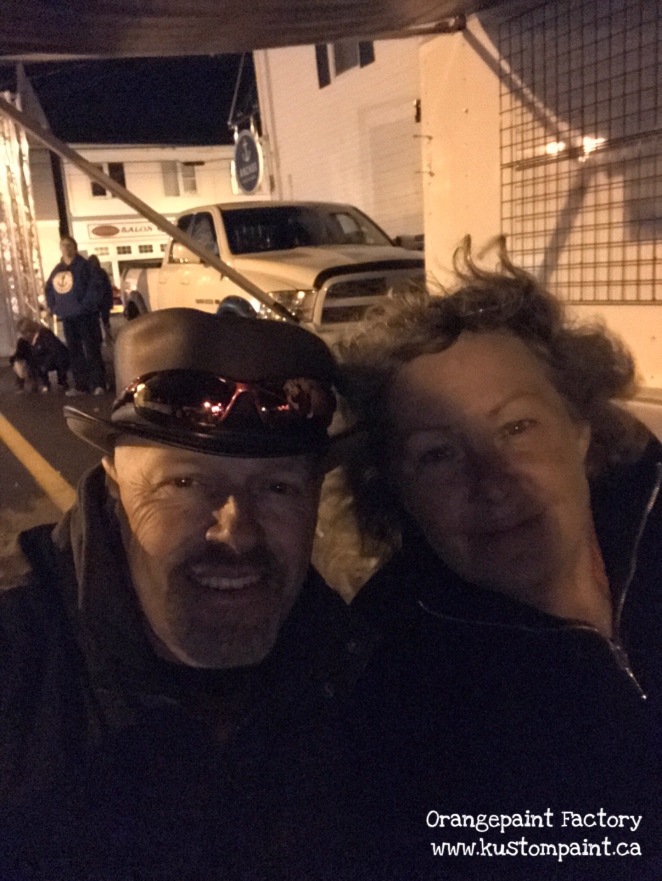 Me and my Honey watching the Wharf Rat Rally fireworks finale

We will be pinstriping at various rallies this summer.

Contact us to book a spot before show or stop in. It is first come, first serve at Rallies and we only have time to do so many. It can get busy.

It finally came out this month and my Ironhead project made it in the legendary mag. This was a 2 year project and I am ecstatic with how it turned out. It has a classic look and the raw and nasty 70 motor finishes off the build.

Resurrecting Iron, Bringing a 1970 Ironhead back to life. House of Kolor paint.

Another Rally season is over for me and although I did not get to all the maritime rallies,  I had fun at the ones I attended. I really enjoyed showing my old/new work and chatting with all those that came over to see us. This year I set up at the Cape Breton Bike Rally […]